To the Ultimate Good
A History of the Emory Clinic:
Early Years Through 1994
Atlanta, Georgia

The distinguished history of the Emory Clinic began with an initial gift in the 1930s from the legendary chairman of The Coca-Cola Company and philanthropist Robert W. Woodruff. Woodruff became the dominant contributor to the advancement of health sciences at Emory University. He sought to honor his mother and grandfather, both of whom died of cancer. He also wanted to ensure the availability of excellent medical care in the southeast. Robert C. Mizell envisioned Emory University as the perfect home for an excellent medical center for the region and Atlanta as the best location. Mizell was director of development and finance at Emory. The collaboration of Mizell and Woodruff progressed effectively. They involved a cadre of fine, early physicians, who were working in the Emory hospital, the dean of the School of Medicine, president of the University and others. Emory became home to three successive clinics—the Winship Clinic, founded in 1937, the Private Diagnostic Clinic in 1949, and in 1953 the Emory University Clinic—now Emory Clinic. 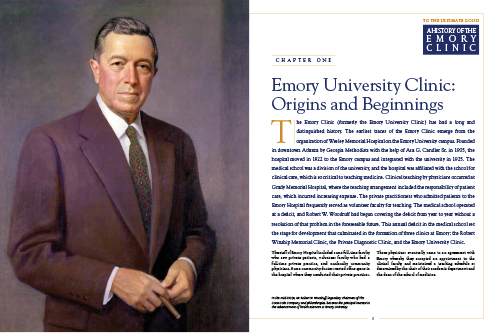 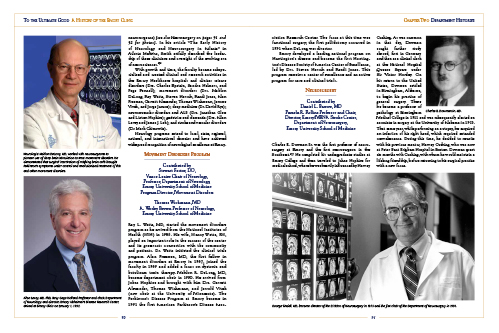