The American Waterways Operators
The Reach of Our Vision
Arlington, Virginia

The American Waterways Operators was launched in postwar America in 1944 at its ﬁrst meeting in St. Louis, Missouri. Many of the early members were small family owned and operated companies. But over time, the inclusion of “blue water” companies, along with the existing “brown water” operators, and expansion into the Paciﬁc region, allowed AWO to dramatically increase its inﬂuence in Washington, D.C.

The organization wasn’t without its difficulties. In the early 1980s, a near-crippling turn in the economy saw members go out of business, ﬂeet equipment lying idle, and membership sharply declined. But as in other times, through the efforts of strong leadership and incredible member support, AWO and the industry bounced back. Membership rose and staffing levels at AWO’s own offices increased, including the opening of a west coast office.

All along the way, AWO maintained a stout bipartisan approach to business, working with legislators, the United States Coast Guard, and other entities—anyone or any group that could advance the organization’s goals of looking out not only for its members but for the country as a whole.

The Reach of Our Vision is only beginning, as far as AWO and its members are concerned. 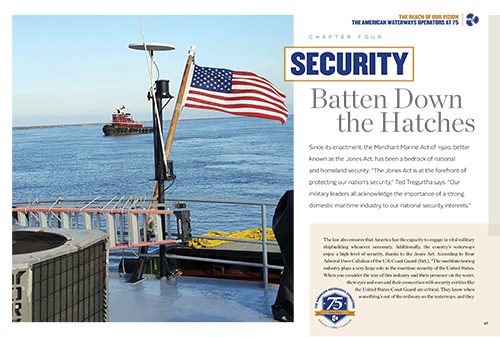 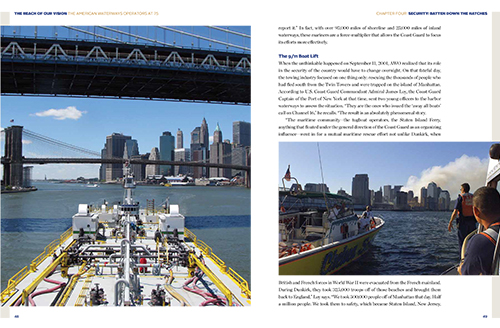 Familiar Faces: The People and Places of Indiana’s 93rd CountyAssociations, Clubs, Art, Theater, and Other