Riverside Hospital opened its doors to the community on a crisp January 22, 1964. The citizens of Kankakee pulled together, donating their time, dollars, and commitment to bring Riverside to reality—a true community achievement. Half a century later, the hospital has grown steadily, expanding its ability to provide the award-winning quality care to four counties through twelve different locations. Growing from just 125 employees in 1964, Riverside now employs more than 2,400 and the number of hospital beds has tripled. 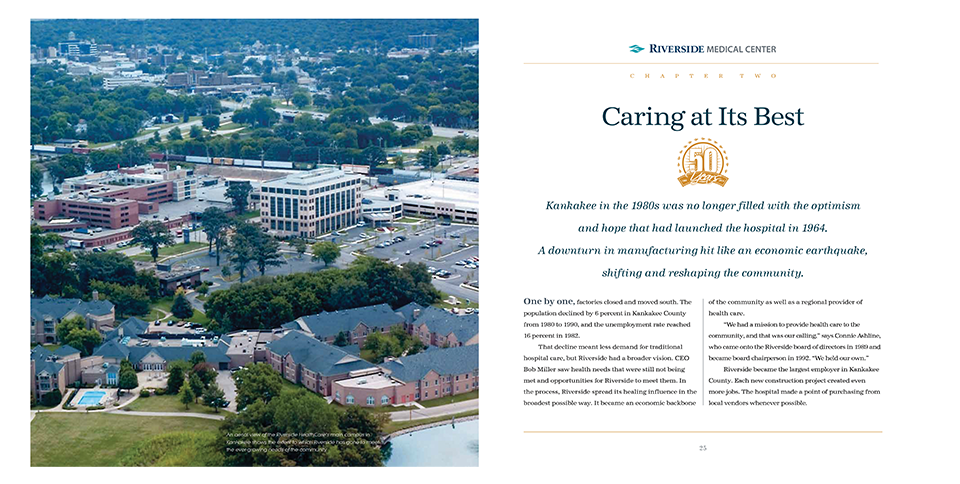 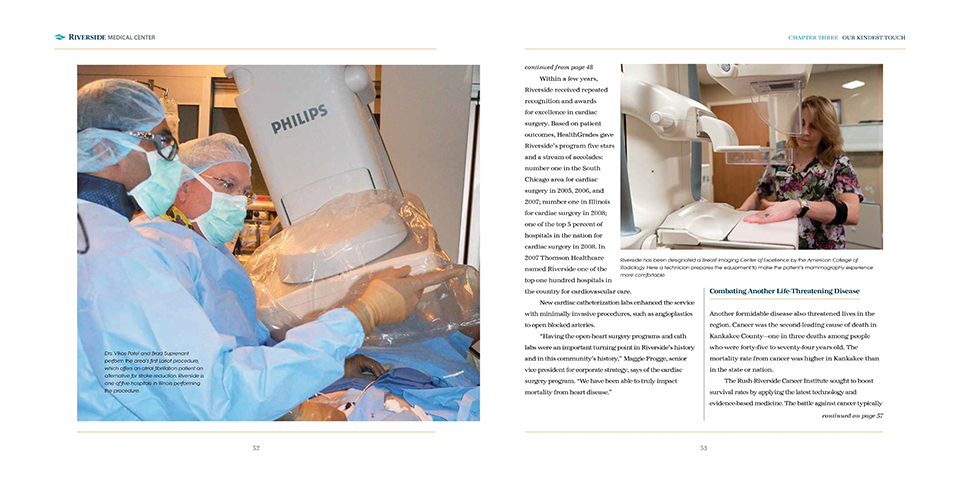