Few people realize a diagnosis of cancer at the turn of the last century was more than just a disease—it was a stigma. It was considered contagious, families did not want it mentioned in obituaries of loved ones, and doctors treating cancer patients had their practice privileges suspended. The American Cancer Society changed that and so much more over the next century. The ACS commissioned Bookhouse Group to capture the amazing story of how cancer was brought out of the closet and became part of our daily conversation in this commemorative history book. We were especially honored when former president George H.W. Bush, whose daughter died of leukemia just shy of her fourth birthday, agreed to write the foreword for this book. 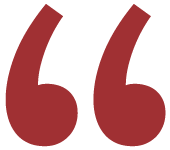