When Plastipak launched operations in the 1960s, its competitors were virtually already household names—behemoths such as Monsanto and Continental Can. But the Young family flew under the radar, rapidly building a name not only for service but for innovation and fast turnaround.

Today, as one of the dominant companies in the field, with far-reaching domestic and global operations, its CEO, William C. Young, and his loyal staff refuse to sit still. The company relentlessly pursues new technologies on behalf of its customers (who are also household names) and leads the industry in sustainability initiatives.

Michigan Born, Global Impact—Fifty Years of Innovation at Plastipak is, by any definition, a story of great success. The company is Midwestern humble, starting with a small manufacturing space of 2,000 square feet. Over the years, 2,000 became 60,000 square feet and then expanded to other sites, other states, and other countries.

The story of Plastipak is as much about those traits as it is about Bill Young and the fast-growing enterprise that has never abandoned the Michigan soil where it was born. 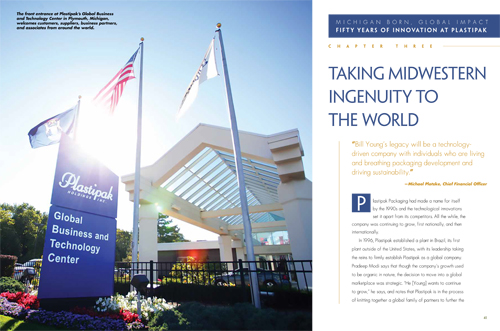 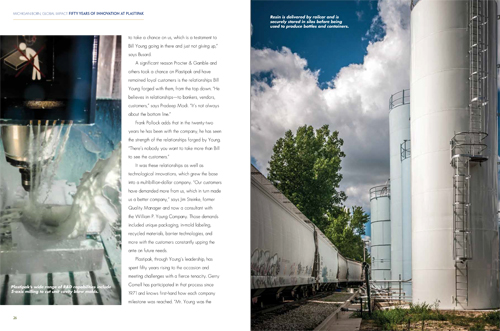