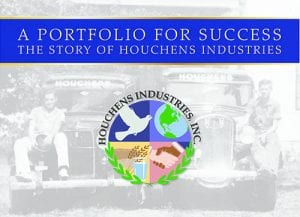 Bookhouse has finished the design phase for its history of Houchens Industries, the largest employee-owned company in America, with 18,000 employees. It will be going to press this week.

Houchens Industries began in 1917 with its first grocery store in a rural area of Kentucky. A century later, Houchens Industries operates in more than 400 retail grocery, convenience, and neighborhood market stores across the nation. Today, Houchens owns or has a significant stake in more than 40 companies including such well-known brands as Ace Hardware, Food Giant, IGA, Sonic and Subway. Publication is scheduled to be delivered in the Fall, 2019.